You are here
Home > Celebs > Blog Post: Excitement for Rage 2, Because… Reasons 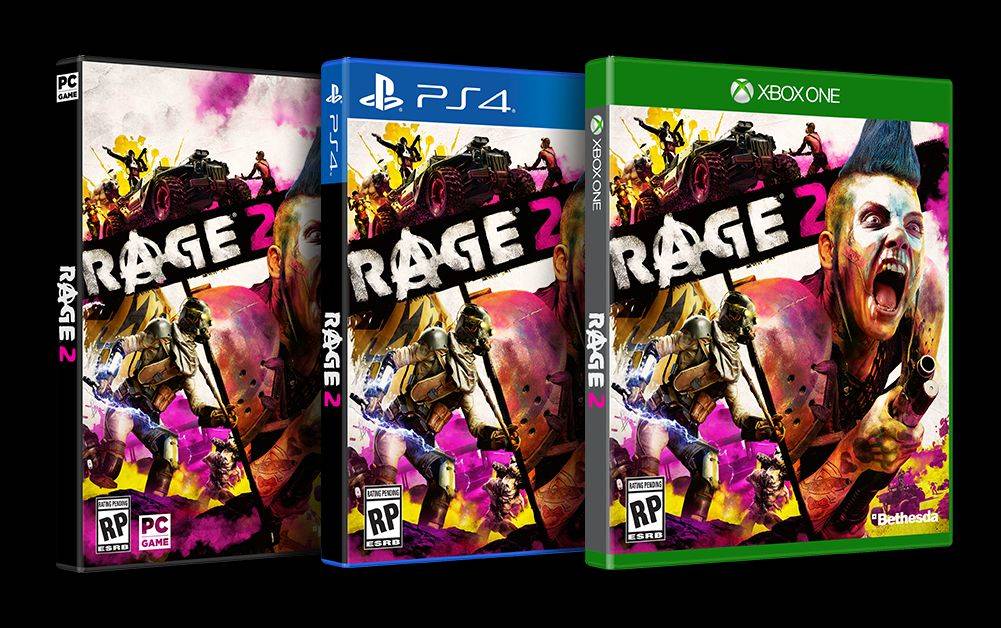 There are some games that you just know you are going to love from the moment the first trailer drops. So it was with me and Rage. The combination of vehicular combat with traditional shooter gameplay was very appealing. And then, there was of course the perverse thrill of using the Wingstick.

Was the original Rage a ground-breaking game? No. Was it an outstanding game? No. But, it was a very competent, very well executed game. The graphics alone are very impressive, even now. And there's a lot of attention to detail throughout the various levels. Awwww. Look who's about to get a face full of Wingstick.

Many have drawn comparisons between Mad Max and the world of Rage. Certainly, you can see that Mad Max was one source of inspiration, but Rage still somehow felt unique and special to me. The premise of the game is fantastically bleak, and the barren, wide-open spaces really help to convey that. As with any game I play, it was the little details that drew me in. With Rage, I was particularly drawn in by the sound.

The early missions have you traveling back and forth through imposing canyons. And as you wander through the seemingly vast world, you see the ruins of what once was. Buildings lay half submerged in sand and rubble. You see the remains of skyscrapers that have either collapsed or been virtually destroyed. Another subtle touch is the near complete absence of water and plant life.

Stand next to one of the many exposed pipes throughout the landscape and you'll hear that peculiar clanging of metal that is unique to old plumbing. As you walk through the windswept dunes, there is an eerie silence, punctuated by squawking birds in the sky. Even as you stand next to the windows in some of the taller buildings, you can hear the heavy wind drafts that one could expect. Random fires crackle and pop appropriately.

Old, rusted bridges and structures creek and moan under the weight of your every footstep. Eventually, you make your way into the dank, polluted sewers. Those sewers are literally crawling with grotesque mutants who not only relish killing, but engage in cannibalism.  Even before you get into the sewers, reports from prospectors and workers near the sewer entrances will have you suitably spooked. 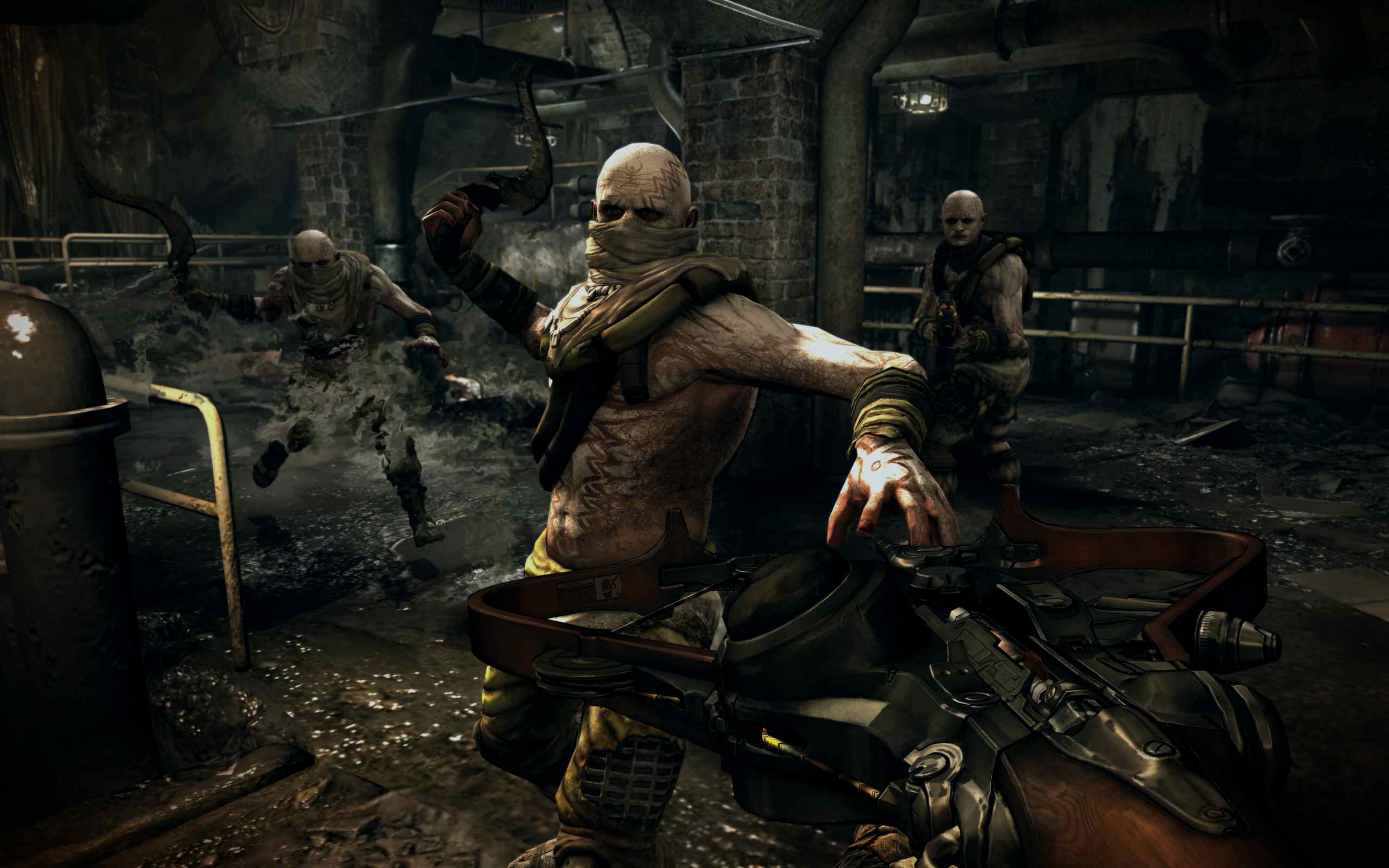 The sewers are very much the stuff of nightmares.

Another thing, I loved how dirty the world of Rage was. You could practically feel the grime and dirt that seems to cover everything. Rage seems to perfectly blend elements of the wild west, steampunk fiction, and classic sci-fi in a way that is truly memorable.

Another thing I loved about the game was how much it allows you to tinker with the vehicles. You really get to feel like a "gearhead" as you wander into shops looking for crucial upgrades to your ATV, or dune buggy. I loved walking into garages and seeing old dusty cars that had been gutted for parts, oil and gas cans laying about, tools scattered here and there. 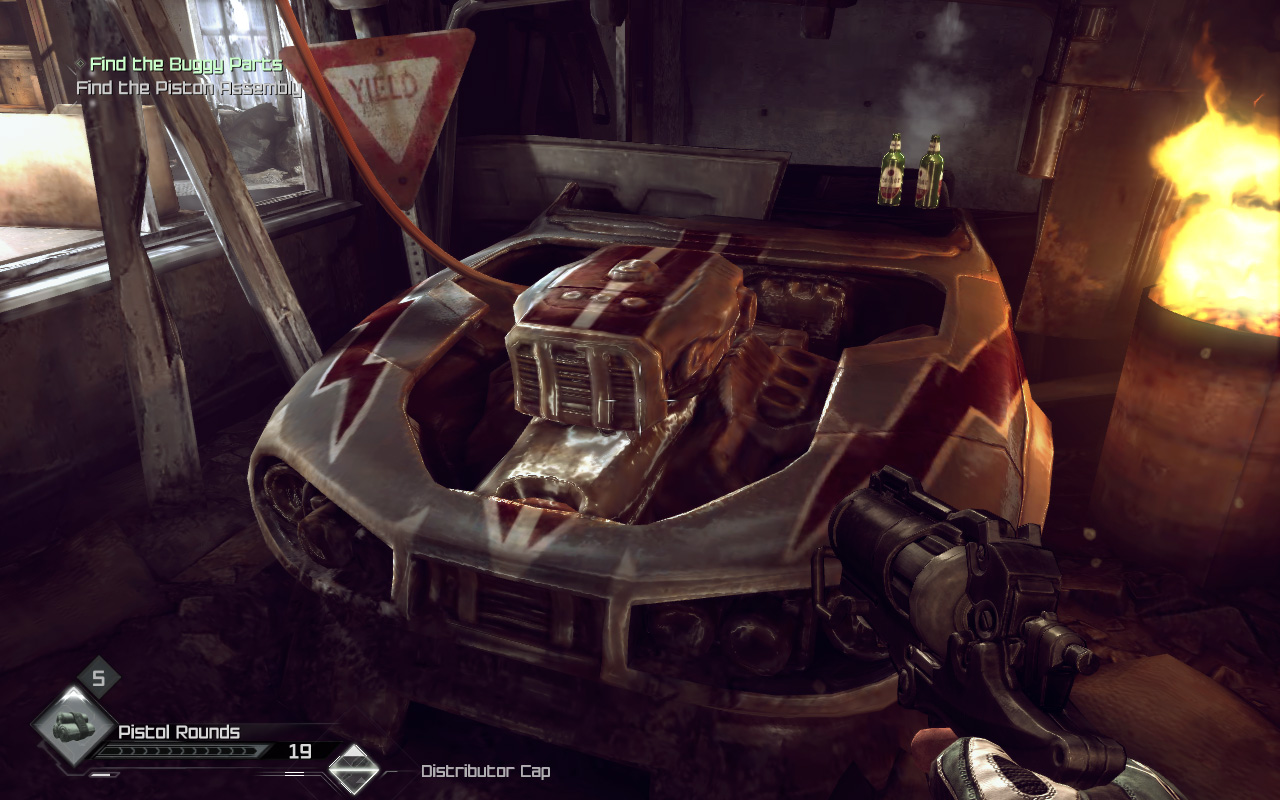 Hmmm… look's like just what I need for these mean streets.

As you scrounge for various items, you really do feel that every item is crucial to survival. The sense of environment is incredibly rich in Rage. If video games are in any small way about escapism, then Rage does an excellent job of transporting you to a very different, very compelling world. And yet, as dark as it's themes may be, Rage also manages to inject humor all throughout the game. There are several moments where you may find yourself laughing out loud, and also wondering if you should have.

I found the whole experience to be immensely satisfying. There are very few games that I enjoy as much as I did Rage. That is why I am very interested to see what Bethesda will do with the sequel.

So What Comes Next?

For every big sequel, the greatest question is how do you repeat the successes of the first, and perhaps make it even better. Fortunately, as I said, Rage was not a mind-blowing game. It was just a very solid, enjoyable game. This means that there is plenty of room to expand and improve on the original. So here's what I want:

The original Rage felt surprisingly spacious, despite it not being a "true" open-world game. There were limits and boundaries, but it never felt overly restrictive to me. Nonetheless, I would love to see more of what was only hinted at in the first game.

I want to see more exploration of the sewers and underground tunnels. I would love to see more impact craters, more dusty little towns, more diversity of settings too.

2) A Smorgasbord of Weaponry

The weapons in Rage were immense fun. Even more so once you started modding various guns and discovering what different ammunition types could do to your enemies. Rage was very much reminiscent of the Turok games in the variety of weapons you were able to wield.

If there is one universal complaint you will hear about Rage, it is how blunt and awkward the ending was. At a point when you almost feel as if the game should be hitting it's climax, it ends. As good as the core game is, Rage deserves a full-bodied story that wraps up the loose details from the first game, and leaves players feeling satisfied.

Fortunately, Bethesda seems to be tuned in to what players loved about the first game, and they appear to have plans to give fans even more. I am particularly excited by reports that drones would be part of Rage 2. In the first Rage, players could make use of RC cars, rigged with cameras and various explosives. Drones would only add another layer of fun to that dynamic.

The crafting side of the first Rage was pretty good, but it felt like there could have been so much more. This was another example of how the first game felt a bit rushed, and incomplete. Since it's been so long since the first game launched, I feel confident that Rage 2 should have deeper crafting elements.

With all that being said, I really think Rage 2 has great potential of being a very, very good game. Assuming there wasn't some horrendous development snafus, or time mismanagement, Bethesda should have a hit on their hands. I'll confess, either way, I'll be ready to take the plunge when Rage 2 hits shelves.

I can practically hear The Prodigy's "Exhale" banging in my head… 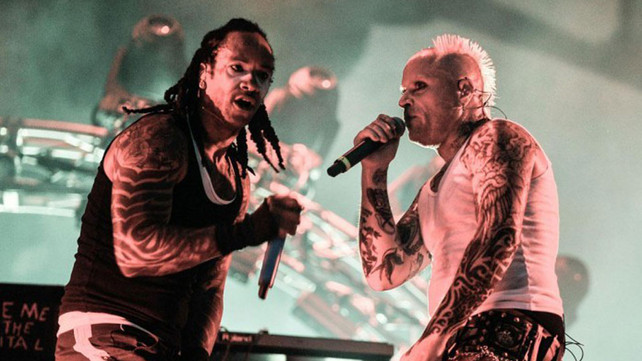 Read more about this at gameinformer.com.