From the original designer himself… 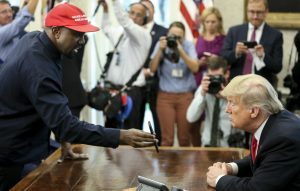 Following Kanye West presenting president Donald Trump with a prototype of the ‘iPlane 1’ at the White House last week, its original designer has offered more details on the project. Check out images of the craft below. Read More: Mark, My Words: Is Kanye out-Trumping Trump? Last week (October 11), West met Trump in the White […]

The post Here’s a closer look at the ‘Apple iPlane’ that Kanye West suggested to Donald Trump appeared first on NME.