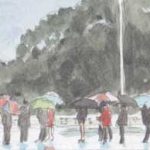 This morning the Supreme Court begins its March sitting with two oral arguments. The first case is Virginia House of Delegates v. Bethune-Hill, an appeal by Republican legislators of a lower-court ruling that requires 11 state legislative districts to be redrawn to correct racial gerrymandering. Amy Howe had this blog’s preview, which was first published at Howe on the Court. Amanda Wong and Jared Ham preview the case at Cornell Law School’s Legal Information Institute, and Subscript Law has a graphic explainer. For The Washington Post, Gregory Schneider reports that “[i]n agreeing to hear the appeal, the Supreme Court said it would first consider the issue of whether the House Republicans have legal standing to bring it,” which “hinges on whether the House leaders can show they would be harmed by the ruling.”

Today’s second argument is in Smith v. Berryhill, which asks whether dismissal as untimely of a Supplemental Security Income claimant’s request for review is a final decision subject to judicial review. Kathryn Moore previewed the case for this blog. Garion Liberti and Tayler Woelcke have Cornell’s preview.

On Friday, the Supreme Court added a constitutional question to Department of Commerce v. New York, a challenge to the Trump administration’s decision to add a question about citizenship to the 2020 census, instructing the parties to brief and argue whether the decision violates the enumeration clause. Amy Howe covers the order for this blog, in a post that first appeared at Howe on the Court. At his eponymous blog, Lyle Denniston reports that “[t]he case up to now has been only a test of whether asking everyone in America about their citizenship would be a violation of two federal laws.” Additional coverage comes from Greg Stohr at Bloomberg, who reports that in another challenge to the government’s decision, a district-court judge recently ruled that “a citizenship question would lead to a less accurate count, violating the constitutional requirement of an ‘actual enumeration’ of the population every 10 years.”

For The Washington Post, Robert Barnes reports that “[w]hen the U.S. Supreme Court takes up Flowers v. Mississippi on Wednesday, it won’t be considering the evidence against [Mississippi death-row inmate Curtis Flowers:] Essentially, it will be Doug Evans’s prosecutorial tactics that are on trial, and whether he discriminated against African Americans in keeping them off the jury in [Flowers’] 2010 trial.” At Jurist, Chris Kemmitt weighs in on the case, urging the Supreme Court “to continue its long-standing commitment to the principle that racial prejudice has no place in jury selection—especially when the defendant’s life is on the line.”

For The New York Times, Adam Liptak writes that the challengers in on of next week’s two partisan-gerrymandering cases, Rucho v. Common Cause, a challenge to North Carolina’s congressional map, “will be making their arguments to a new audience, one that may not be as receptive as the court that included Justice Kennedy.”
At Law.com, Marcia Coyle reports that “[t]he Tenth Circuit Judicial Council on Friday denied 20 appeals of its earlier dismissal of misconduct complaints against now-Justice Brett Kavanaugh stemming from his nomination and confirmation to the U.S. Supreme Court.”
At NPR, Nina Totenberg reviews Evan Thomas’ new biography of Justice Sandra Day O’Connor, calling it “an unvarnished and psychologically intuitive look at the nation’s first female Supreme Court justice, and some of her contradictory characteristics.”
At Bloomberg Law, Kimberly Robinson explains that, even after the retirement of “swing” justice Anthony Kennedy, “there’s still potential for the court’s outnumbered liberals to cobble together majorities in certain types of cases, based on past votes and the newest justices’ histories.”
At The Hollywood Reporter, Eriq Gardner looks at a movie producer’s cert petition challenging “a conviction for defrauding Louisiana’s movie tax credit system [that] has now picked up support from 14 retired federal judges, nine criminal law professors and the National Association of Criminal Defense Lawyers.”

We rely on our readers to send us links for our round-up. If you have or know of a recent (published in the last two or three days) article, post, podcast, or op-ed relating to the Supreme Court that you’d like us to consider for inclusion in the round-up, please send it to roundup [at] scotusblog.com. Thank you!