You are here
Home > Celebs > No. 10 Ohio State Opens as Underdog in Rivalry Game Against No. 4 Michigan

No. 10 Ohio State (10-1, 7-1 Big Ten) welcomes No. 4 Michigan (10-1, 8-0 Big Ten) to the Horseshoe on Saturday in a rivalry game that has significant College Football Playoff implications. And for the first time in 51 games, the Buckeyes enter the contest in the most unusual position of underdog. 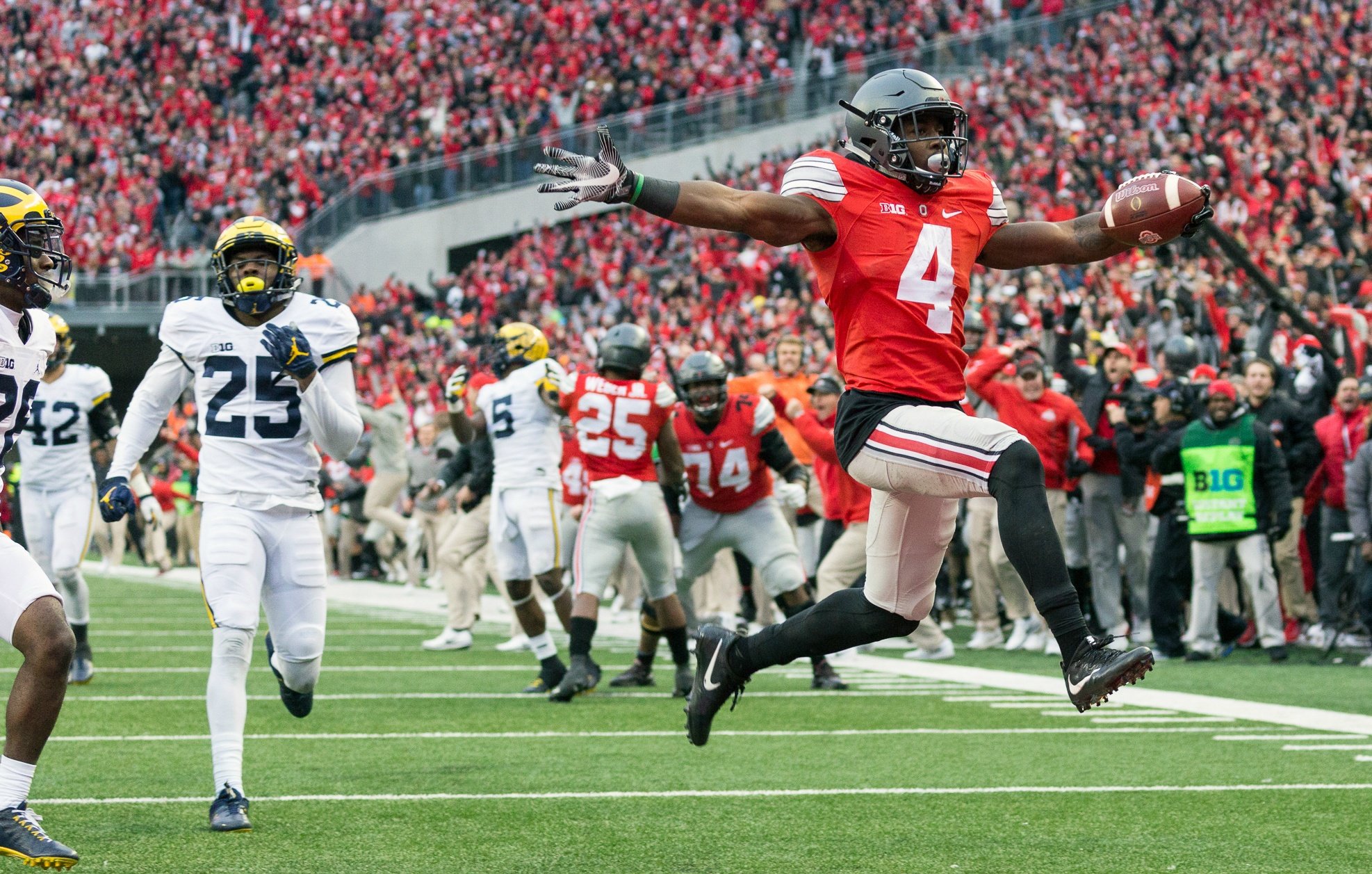 According to ESPN Stats & Info, the last time Ohio State kicked off a game as an underdog was back in 2015 during the national championship versus Oregon (the Buckeyes won 42-20).

Caesars Palace and the Westgate SuperBook both opened the 2018 Michigan vs. OSU game with the visiting Wolverines spotting the Buckeyes 3.5 points. The line has since increased to four points.

As of Monday, sports bettors favoring the Wolverines could find slightly better odds at the Mirage sportsbook (3.5 points).  ESPN’s Football Power Index, a computer model that projects outcomes based on 10,000 simulations, gives Michigan a 54.3 percent chance of winning.

Ohio State vs. Michigan is one of the most storied rivalries in all of college sports. If the game were to have occurred a month ago, the odds likely would have favored the Buckeyes.

In mid-October, Ohio State was undefeated and ranked No. 2 in the country. Then they were shocked by unranked Purdue 49-20, and the Buckeyes haven’t been the same since.

They narrowly avoided Nebraska 36-31, did beat then-No. 18 Michigan State 26-6, but then needed overtime against a pitiful Maryland team to win 52-51.

Meanwhile, Michigan has seemed unstoppable. The Wolverines won three consecutive games over ranked opponents (No. 15 Wisconsin, No. 24 Michigan State, No. 14 Penn State), and have cruised the past two weeks past lowly Rutgers and Indiana.

Former Michigan quarterback Tom Brady says after six consecutive losses to OSU, this is the Maize and Blue’s year.

I’ve lost too many years of bets to Ohio State guys,” Brady told reporters on Monday. “But this is our year, baby! I think we’re going to kick their butt. I can’t wait to watch it.”

Michigan has been on a revenge tour. After getting back at Michigan State, Penn State, and Wisconsin for 2017 losses, only their toughest revenge game remains in OSU.

Thanksgiving and football go hand-in-hand, and there will be plenty of college pigskin served up for fans. Five games pit Top 25 programs against one another.

Along with Michigan vs. OSU, No. 6 Oklahoma plays at No. 9 West Virginia. The Sooners are favored by a point.

Alabama, the unanimous No. 1 team in the land, is a 24-point favorite over visiting Auburn. The Crimson Tide have the shortest Las Vegas odds of winning the national title at 2/5.

The post No. 10 Ohio State Opens as Underdog in Rivalry Game Against No. 4 Michigan appeared first on Casino.org.