At news conference, president says we all want Daca to happen but highlights need for security after administration requests border wall funding 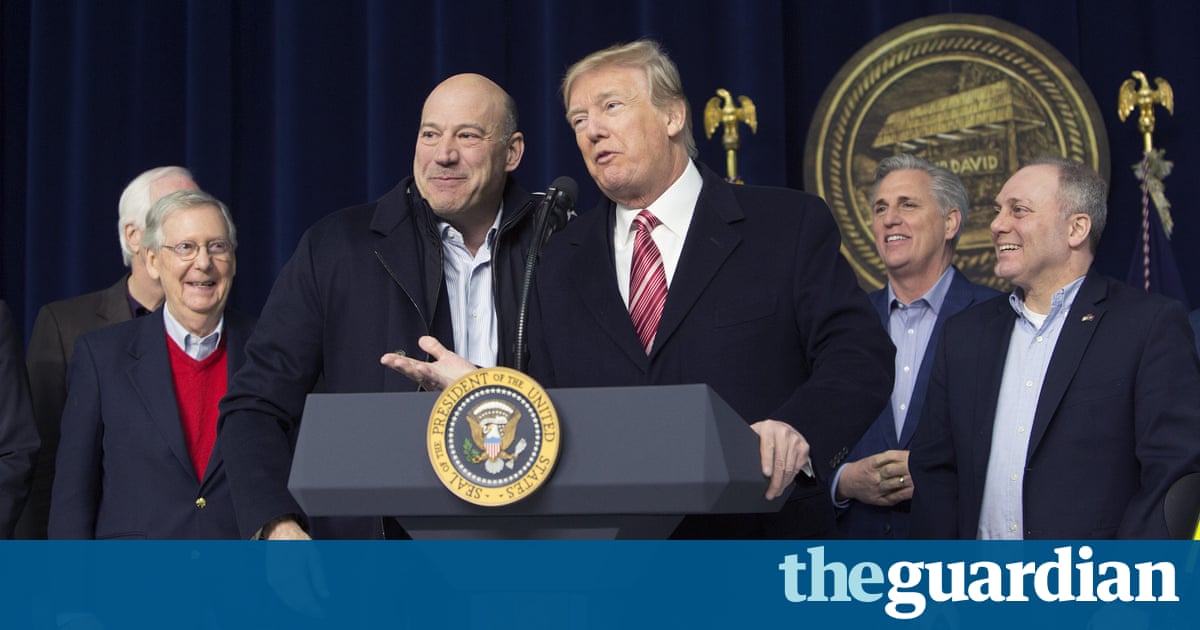 Donald Trump insisted on Saturday that Mexico would pay for a wall along the southern US border, one day after his administration asked Congress for $18bn over the next decade to start construction on the barrier.

I believe Mexico will pay for the wall, Trump said during a brief news conference at Camp David, where he was meeting congressional Republican leaders to plan for 2018 midterms.

I have a very good relationship with Mexico. But yes, in some form, Mexico will pay for the wall.

Mexico has repeatedly stated that it will not pay to build the wall.

The administration asked lawmakers for $18bn in order to add 316 miles of walls and fencing along the border and bolster 407 miles of existing barriers, according to a financial blueprint sent to senators by US Customs and Border Protection on Friday.

If that work was completed, more than half of the nearly 2,000 mile-border with Mexico would be lined with a physical barrier.

Trump has demanded a border wall in exchange for passing legislation that would shield from deportation hundreds of thousands of young migrants brought to the US as children, known as Dreamers.

Lawmakers face a 5 March deadline to find a legislative fix for the young immigrants after the Trump administration rescinded Deferred Action for Childhood Arrivals or Daca, the Obama-era program that offered legal status to roughly 800,000 younger undocumented migrants.

At Camp David, Trump convened members of his cabinet and Republican leaders to discuss, among a laundry list of legislative priorities, immigration.

We all want Daca to happen but we also want great security for our country, Trump said during the press conference, surrounded by members of his cabinet, the Senate majority leader, Mitch McConnell, and the House speaker, Paul Ryan. So important.

Trump is also asking for changes to the legal immigration system. His priorities include tightening a family-based immigration policy that allows naturalized citizens and certain immigrants to petition for relatives to come to the US and eliminating the Diversity Visa Lottery, a state department program that helps citizens of countries with historically low rates of immigration to come to the US.

The requests complicate already strained negotiations between Republicans and Democrats. The White House and lawmakers in both parties agree that Dreamers should be protected but remain divided over the details of a plan.

Democrats are willing to compromise on border enforcement but party leaders say they are firmly opposed to building a wall.

Republicans want action on Daca to proceed separately from budget negotiations but Democrats are hoping to tie the two in a rare moment of leverage for the minority party. Congress must pass a federal budget by 19 January to avert a partial government shutdown, and the vote will require Democratic support.

President Trump has said he may need a good government shutdown to get his wall, Dick Durbin, the No 2 Senate Democrat, said in a statement in response to the administrations proposed border plan. With this demand, he seems to be heading in that direction.

Trump will host a bipartisan meeting early next week to discuss the issue.